I have been going to live gigs since I was about 12 years old. I have been lucky to have seen over 100 acts live and have travel across the world to see some of them.

However my favourite gigs are the small gigs, the ones held in places that you wipe your feet on the way out of. One of the best places for this was the Astoria in London which unfortunately closed now, I have seen some awesome bands play there.
In 2006 after a 6 year gap Pearl Jam returned to the UK for a series of live gigs including one night at the Astoria. Tickets sold out within hours as it was an opportunity to see an amazing band play in such a small venue. Tickets were so sort after that they were selling on ebay for £100's and even fake tickets were sold!
Guess who got a ticket?
That's right me!!
I had seen them before but nothing could prepare me from the energy that came from them and the crowd. I was about 3 rows from the front and was in total awe the whole time. It was one of those gigs where you feel the music as well as hear it. It has to be the best gig I have ever been to.
I had so many tracks to choose from Pearl Jam for today's Rocking Wednesday but I thought I would be predictable and play probably one of their most popular tracks Alive.
This is a live, unplugged version.
Posted by Caroljs at 09:00 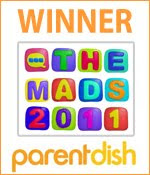